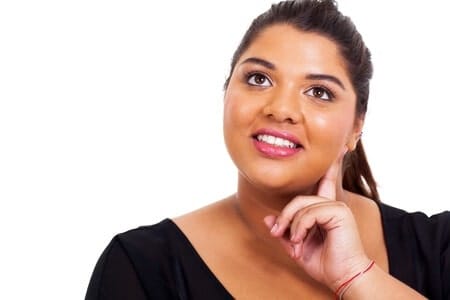 Many people have a lot of confidence in gastric sleeve surgery. It has been proven to be a safe and effective way of losing weight. Studies show you can lose at least 50% of excess weight in the first 18 to 24 months after the surgery.

Like any other surgical procedure, gastric sleeve comes with its fair share of complications. But ultimately, gastric sleeve wins the risk vs. reward analysis. However, it helps to be aware of these possible issues you might encounter during and after the procedure.

How Gastric Sleeve Compares to Other Surgeries

Gastric sleeve surgery is a weight-loss surgery where the surgeon removes 80% of your stomach, leaving behind a small tube-like stomach. The procedure is done laparoscopically. This means that the surgeon inserts a camera and other instruments through a small incision made in the abdomen.

The patient eats less food and gets hungrier slower with the smaller stomach size.

The new stomach typically carries 4 ounces or 120 milliliters of food. That is much less than a normal stomach would. In some cases, this is the cause of certain complications a patient might develop post-op.

The benefits of gastric sleeve surgery far outweigh the risks. Generally, you’ll be able to effectively lose weight after the procedure. Some patients report losing up to 60lbs in the first 5 months.

After getting gastric sleeve surgery, you’ll only be able to eat about half a cup of food at a time. Since you’re eating less food than before, you’ll be taking in fewer calories, effectively leading to losing weight.

Other benefits of this procedure include:

Studies show that the safety of gastric sleeve and other bariatric surgeries is similar to other kinds of surgeries. In 2010, a study at Stanford University further showed an average mortality rate of 0.8%.

But that also means that the reality of developing complications is not far-fetched. These are some risks you can expect with gastric sleeve.

When a skilled surgeon performs the surgery, you should expect very few complications. But when they do happen, they have a range of impacts. Some complications can be minor, while others can be life-threatening.

Some complications may also be caused by poor adherence to diet practices advised by the surgeon or consultant dietician. If you start frequently overeating, you may not lose much weight and develop post-op complications.

Post-op risks or complications can develop within the first two weeks or several weeks after.

The most severe complications typically occur during this period. At this stage, you are recovering from the surgery and adjusting to your new diet. The following can occur.

This is the most dreaded complication during the first week after surgery. Surgeons usually test, double-check, and over-sew staple lines during gastric sleeve surgery to avoid this complication.

A staple line leak leads to a gastrointestinal leak. The common symptoms for this complication include:

Call your doctor immediately you experience these symptoms. Thankfully, according to a study, the risk of developing it is 2.4%.

Blood cots after any surgery are usually life-threatening and should be addressed immediately. Thankfully, hospitals and physicians are fully aware of this and often take measures to prevent a blood clot from happening.

Otherwise known as a thrombus, a blood clot forms when an injury is caused during surgery to an otherwise healthy blood vessel. Clots are also more likely to form when blood flow is impaired due to a lack of mobility after surgery.

The most common symptoms of this complication include:

Call your doctor immediately you suspect you have a blood clot. Clots can quickly lead to a stroke, heart attack, or death. Most surgeons will recommend you stay active for a short while after surgery to reduce the risk of developing blood clots.

Smokers are usually at the highest risk of developing this complication. Thankfully, the risk is very low, at 1%.

A stricture occurs when the opening to or from the stomach becomes inflamed. This may result in a blockage which will prevent all or some of the food from adequately entering the stomach or intestines.

Strictures can be chronic or acute. This means they can develop quickly or become an ongoing issue after surgery.

The most common symptoms of a stricture include:

Call your doctor immediately if you develop these symptoms, especially if you have difficulty swallowing and you vomit or feel nauseated every time you eat.

One study has shown that strictures occur in 3.5% of gastric sleeve surgeries. Though it can be serious, often, it’s treated with a simple endoscopic dilation.

A wound site infection is an infection at or under the area where small incisions were made for the laparoscopic gastric sleeve surgery. Wound site infections can happen after any form of surgery. Obese people carry the highest risk of developing this complication.

If not treated promptly with antibiotics, wound site infections can lead to widespread infection, tissue death, and mortality.

The common symptoms for this complication include:

Always follow your doctor’s preoperative guidelines to take care of your wounds after surgery properly. According to this study, wound site infections are pretty common with a 10-15% rate of occurrence.

These complications occur anytime after your surgery. They are usually not life-threatening. Still, they are not so pleasant.

Common symptoms of this complication include:

Call your doctor immediately if the symptoms are severe and you cannot take the recommended supplements. Otherwise, mention this to your doctor at the next appointment.

This complication is prevalent after gastric sleeve surgery. One study shows a prevalence of 23% for most patients within two years after the surgery.

Common symptoms for gallstones include:

It is common to have Gastroesophageal Reflux Disease (GERD) after most weight-loss surgeries. Varying evidence shows whether it increases or decreases after gastric sleeve surgery. Some studies suggest up to 47% of patients may experience it.

GERD is commonly treated through medication. Surgery may be recommended if it remains persistent.

A patient can develop several other complications during gastric sleeve surgery. Thankfully, most of them can be managed during the surgery. If the surgeon doesn’t handle them well, they might show up in the first two weeks after the surgery.

The following are possible complications you can develop during the procedure.

This occurs typically at the staple line. Qualified surgeons will use several techniques to test for leaks before finishing the surgery. They might use air, a dye test, or an EGD (Esophagogastroduodenoscopy) to better visualize the staple line from the inside.

If dealt with at this stage, the surgeon may prevent post-op gastric leaks that lead to infections and possibly death.

The surgeon may accidentally cut (lacerate) the stomach without noticing. These lacerations can be properly fixed before the stomach is closed.

Other Complications During Surgery

The following can also happen during surgery:

Get the Full Advice of a Qualified Surgeon

The only way to know what to expect and get the best results from your gastric sleeve surgery is by getting in touch with a qualified bariatric surgeon. You’ll be given the best advice on what to do pre and post-op to reduce the chances of developing any of these complications.