Is Tijuana Mexico Safe in 2017 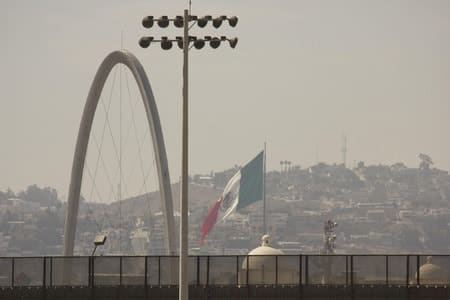 Tijuana is a large metropolitan city that has various crime threats. Like many bustling cities, the presence of purse snatchers and pickpockets is frequent due to the large crowds especially on public transportation and popular tourist attractions.

These criminals tend to operate in small groups or pairs, and they mainly target people who are inattentive, flashy or vulnerable.

Another type of criminal activity that is prevalent in Tijuana is the human smuggling and narcotics trafficking. Mexico serves as the primary route for smugglers transporting illegal drugs into the U.S. with Tijuana being an ideal gateway into Southern California.

Drug-related violence is an ordinary way of life as organized crime is carried out almost on a daily basis by criminal organizations. For the most part, however, the drug-related violence is confined to those who are directly involved in the drug trade. This, nevertheless, does not remove the risk of innocent bystanders getting caught in the crossfire.

The prevalence of rival drug cartels in Tijuana typically results in turf wars and in-fighting within the cartels themselves leads to further insecurity in the area. Also, the rise of criminal deportees from the U.S to Tijuana exacerbates the problem since without work; these deportees are forced to work with the local criminal organizations.

2016 witnessed an increase in public displays of violence mainly in the form of homicides related to cartel rivalries and power struggles. There is also a growing demand for the cheap and highly addictive synthetic drug known as methamphetamine which causes rampant infighting among street-level dealers and even an unrestricted flow of illegal firearms from the U.S. There has been a slight decrease in reported assaults but an increase in robberies as compared with 2015.

This year, however, more than 1,025 people have so far lost their lives in drug-related violence which has already exceeded last year’s total of 910 victims. This surge has overwhelmed homicide investigators with almost nine out of ten cases remaining unsolved.

Cybercrime is on the rise with credit and debit card fraud taking place. The primary targets so far for cyber attacks have been government agencies and private corporations.

Other Areas of Concern

There is a higher presence of criminal intent in bars, nightclubs, and casinos in Tijuana, especially after dark. Particular areas that visitors should avoid include the old Zona Centro which is commonly known as the red light district.

Caution should also be taken when visiting Playas de Tijuana after dark, and it is highly discouraged to travel on remote roads and isolated highways after darkness that is not frequently patrolled by police.

Travelers are advised to use the toll roads rather than the less secure free roads as much as possible and in addition to avoiding night travel. There have also been fuel shortages in Baja California, so it is prudent to maintain a half tank of fuel when going on extended trips.

Public transportation tends to be riskier than private transit due to the full nature of travel which makes individuals more prone to petty crime. Private transportation services such as Uber is encouraged, and it is prudent to avoid cab companies who pick additional passenger en-route.

Tijuana’s main airport is relatively modern, and it is a 10-minute drive from the Otay Mesa Border Crossing. The Cross Border Xpress (CBX) is a pedestrian bridge that is enclosed for Tijuana Airport passengers crossing the U.S./Mexico border. This enclosed bridge helps travelers avoid massive delays at the Otay Mesa and San Ysidro land ports of entry.

Travelers who use this bridge can access more than 30 destinations in Mexico from the Tijuana Airport that are not served by other southern California airports. The use of established cabs from a kiosk is highly recommended when leaving the airport.

Travelers should not hitchhike or accept rides or give rides to strangers when traveling. Also, avoid walking alone along sparsely frequented trails, ruins or beaches.

Tijuana is perceived as a low-terrorism threat location with no known active terrorist groups. However, Mexico as a country is a potentially attractive hub for transnational terrorists due to the lax immigration controls and ease of obtaining fake Mexican travel documentation.

There are typically minimal cases of political violence directed towards foreigners although in January of this year there have been well-attended protests in Tijuana and other municipalities revolving around increasing gas prices and Mexico domestic issues.

The primary cause of civil unrest is the government’s ongoing conflict with the organized criminal organizations which does give rise to public demonstrations and protests. The protest activity in January caused border closures and disrupted access to fuel causing significant traffic delays. Travelers are encouraged to avoid protest activity due to the ever-present danger of a peaceful demonstration turning violent.

In 2016, there were no significant earthquakes in Tijuana although the possibility does remain high due to its proximity to the San Andreas Fault Line. Residents and visitors are encouraged to keep abreast of weather conditions when traveling through the peninsula. Heavy rainfall also has the potential for causing flooding in both urban and rural areas.

Kidnapping for ransom is a widespread criminal activity with unofficial estimates ranging from 600 to 5,000 kidnapping levels per year. In most scenarios, the payment is paid and the victim released. The police are typically not called in due to the common belief that they are involved or are unable to remedy the situation. Many wealthy residents in Tijuana have bodyguards and armored vehicles to protect their families against kidnapping.

Another form of kidnapping is known as virtual/telephonic kidnapping whereby prison inmates use smuggled phones to call potential victims to extort payments. They typically tend to pose as law enforcement and demand payments for the supposed release of a family member or supposedly forestall a kidnapping. Many of these calls are baseless, and it is always prudent to attempt and contact the family member as soon as possible.

Tijuana is incredibly safe for medical tourists, and for Tijuana Weight Loss Surgery. We are here to make sure your trip to Tijuana is safe and successful. Talk to our staff today to learn more.