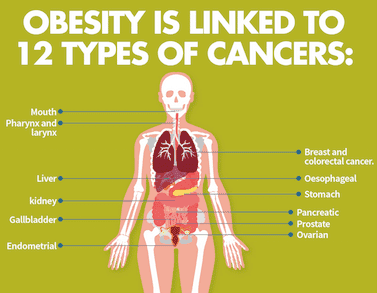 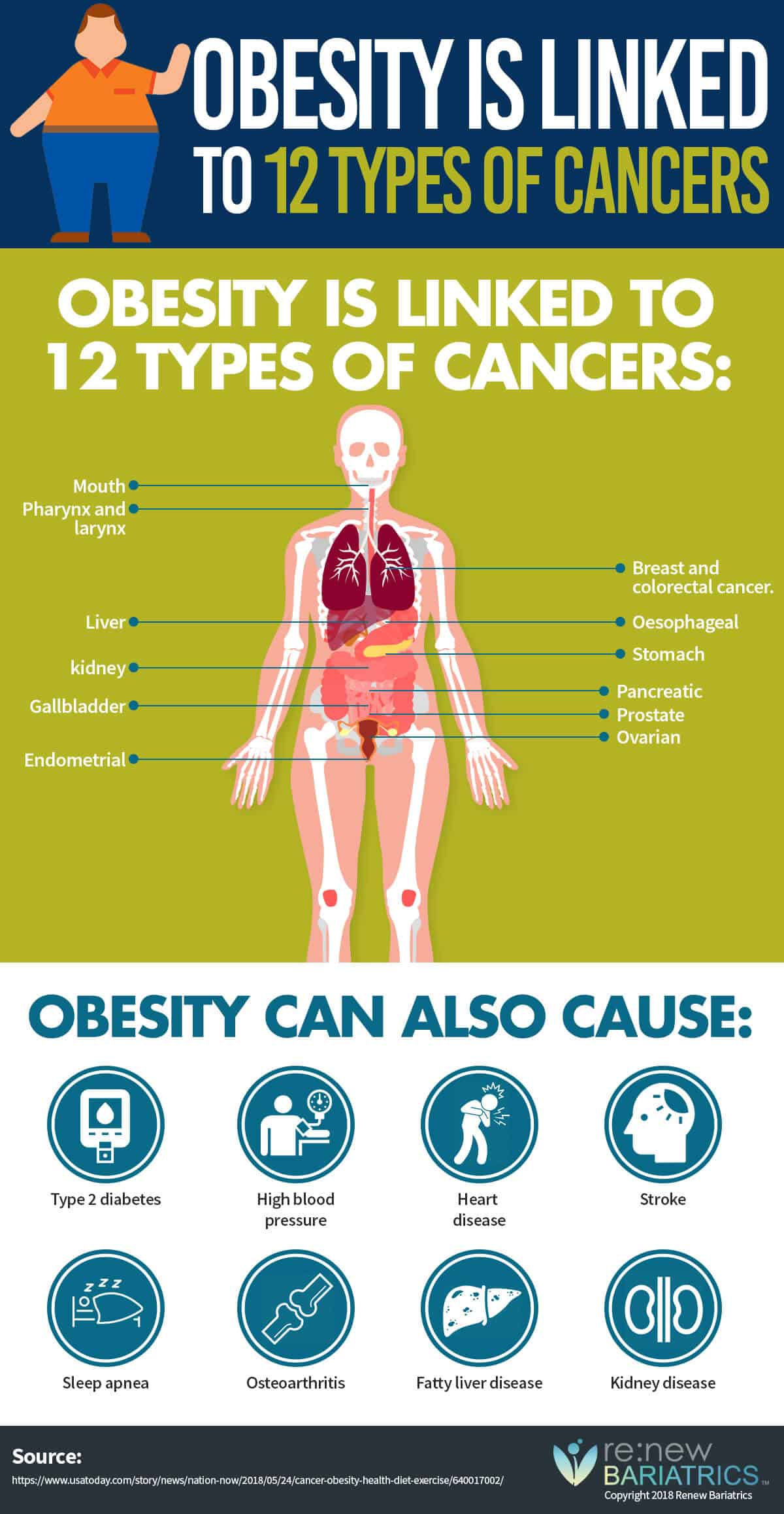 When you bring up the topic of obesity, most people think of diabetes, high blood pressure, heart attacks, and even strokes. There’s one disease that’s neglected, lurking in the shadows of modern-day gluttony and the obesity epidemic: cancer. While the origins of certain cases of cancer remain mysterious and challenging to pinpoint, researchers have found higher instances of cancer among individuals considered obese. Most of the evidence linking obesity to cancer comes from cohort studies, a type of observational study. Due to the nature of the studies, some people remain skeptical, regardless of how substantial the evidence may be. Below is a list of the various types of cancers that researchers have linked to obesity:

Obese individuals are 1.5 times more likely to develop pancreatic cancer. Pancreatic cancer is one of the fatal cancers there is, much more lethal than liver cancer. The 5-year survival rate is only 6%. Obesity is often regarded as a risk factor that can be changed, similar to smoking. Although pancreatic cancer remains rare, there’s an increased risk the higher your BMI is.

If you’re not familiar with endometrial cancer, it’s a type of cancer that starts in the lining of the womb. It can spread to the rectum, vagina, ovaries, and more organs. More than half of endometrial cancers are caused in part by obesity. A woman who is morbidly obese is about seven times more likely to develop this form of cancer. If the cancer is caught early and only has spread regionally, the 5-year survival rate is 69%. Otherwise, it is 16%.

Gastric Cardia Cancer, otherwise known as stomach cancer, is a rare form of cancer that begins as a tumor inside the stomach. Obesity is thought to be a cause for cancerous tumors to grow in the cardia (upper stomach). Some sources say that people who are obese are two times as likely to develop this type of cancer. The 5-year survival rate for cancer that’s localized in the stomach is 65%. If cancer has spread outside of the stomach, the 5-year survival rate drops down to 29%.

It’s safe to say that obesity has a strong link to some of the deadliest types of cancer. If obesity doesn’t have a direct link itself, then there could be a link between some of the side effects such as high blood pressure and diabetes. Remember, obesity is often considered a changeable risk factor, meaning it’s not too late to lose weight and increase your lifespan.