WILL THE STOMACH STRETCH 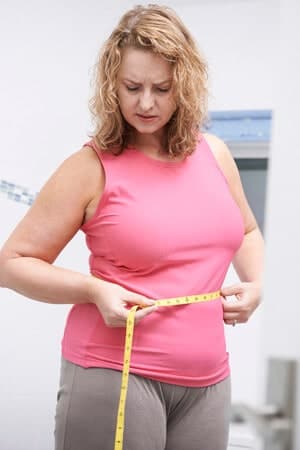 Gastric sleeve is one of the most popular weight-loss surgeries in the world. Its impressive success rate of about 80-90% makes it that popular. That means that 9 out of 10 patients who undergo the procedure manage to lose up to 60lbs of excess weight within the first year.

But there’re two key questions someone who’s about to go through this procedure will ask themselves. One, will the stomach be able to stretch back? And why should you even be worried about it?

Dive in to get the answers.

Thus, you eat less food, which allows you to lose more weight.

Is it Normal for The Stomach to Stretch Afterwards?

Yes. Your stomach should stretch a little bit after the gastric sleeve surgery. It is very natural for the stomach to stretch during normal operations. This can even happen before the surgery.

What Causes the Stomach to Stretch?

As you eat, the stomach stretches to accommodate more volume. The stomach walls are made up of folds of tissue called “Rugae” that allow for its expansion and contraction.

As the food gets digested by the stomach acid and pushed into the intestines, the stomach shrinks back to its normal size. At a certain point, it triggers the brain it’s running empty, and you start feeding again.

If you constantly overfeed, which overstretches your stomach, it will start sending skewed signals to the brain. You will only feel full when the stomach has been severely stretched and hungry when it’s probably half-full.

Is It Possible to Permanently Stretch the Stomach?

This is still a hotly debated topic within the scientific community. Some pieces of evidence point to the stomach being able to stretch permanently. These slight, permanent stretches are perfectly normal.

However, permanent stretching should take place over a couple of years. The current evidence suggests that this happens as you ingest more food, especially when trying to hit certain protein goals.

How to Prevent Stomach Stretching

Despite it being normal for the stomach to stretch, you still have a huge role to play in how much it actually stretches.

What you should be worried about is your stomach stretching too much. After a gastric sleeve surgery, your stomach is far much smaller than it used to. It can, therefore, no longer hold as much food as before. Your goal now should be to eat until you are satisfied, not until you’re full.

After your gastric sleeve surgery, keep your stomach away from the overeating cycle that leads to a stretched stomach and, consequently, weight gain problems. That means that after binging on KFC for a night, switch to lighter meals the following few days.

Eating one or two large meals once in a while will not lead to any issues.

Your aim should be to keep the triggers of hunger and fullness in check by limiting how far your stomach is stretched.

You can do the following to keep a clean routine.

Reward Yourself Once in a While

Do not limit every aspect of your diet. Rather, reward yourself every week with a special treat that is limited in size. This will keep you motivated to maintain a healthy diet that will not foster overfeeding.

Just make sure that your reward is not a very large meal, regardless of the type of food.

It is best to drink fluids an hour or two before eating and/or an hour or two after. This routine allows your stomach to digest the fluids, reducing the amount of gas that will build up in the stomach.

Moreover, the fluids will not take up the space of nutrient-dense foods, which will compromise your diet or force you to overfeed.

Take Small Amounts of Healthy Snacks In Between Meals

If you’re still feeling hungry always, resort to taking small amounts of healthy snacks in between your meals. Almonds are a great option. They are delicious and provide a healthy way to stay full between meals.

It’s okay to have questions about your life after gastric sleeve surgery. You should expect major lifestyle changes that will require a lot of commitment to achieve the best results. So, make sure you’re in touch with a professional surgeon who’ll advise on the dos and don’ts after the surgery.