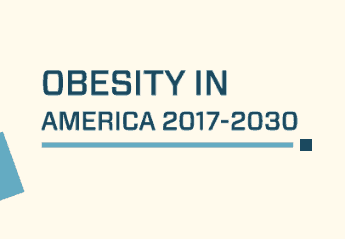 There is no question that obesity continues to be a severe problem all over the world. Millions of people are neglecting their health, and they are consuming junk food, living very sedentary lives and showing no concerns until they are forced to go to a doctor due to a condition caused by obesity.

The obesity rates all over the world have raised significantly since 1975, and they are higher each year that goes by since then. Countries like China are seeing an incredible increment in the percentage of people that are suffering from obesity, but the problem is affecting all countries, regions, and continents in the world.

There are studies that indicate that The United States Of America is the country the country with the largest number of fat people based on percentages that consider several factors. The numbers are incredibly scary with a 70% of all American Citizens over 15 years old being overweight. The biggest problem with this phenomenon is that it affects everyone due to the inflation in costs related to obesity that rack up billions of dollars each year.

A Princeton University research team has demonstrated that all sweeteners are not equal when it comes to weight gain: Rats with access to high-fructose corn syrup gained significantly more weight than those with access to table sugar, even when their overall caloric intake was the same.  Princeton

While science is still out on whether HFCS has on our impact to the route-cause of obesity. Calories remain a clear culprit of the obesity crisis. According to the World Health Organization (WHO) “The fundamental cause of obesity and overweight is an energy imbalance between calories consumed and calories expended.” But what does the research suggest?

Research has suggested for a long time that the science of obesity is very complex. Among the list of possible obesity triggers include the following:

Meanwhile, the average calories consumption (per capita) has increased significantly since 1970, reaching the peak about a decade ago. While this mirrors the obesity rates nicely, there may be more to the story.

Technically, it’s not the United States

There is a bit of a technicality that makes the USA take second place in the ranks. American Samoa is considered unincorporated US territory that is part of the south pacific and has over 76% of their population suffering from obesity.

Obesity affects third world countries too. While it would seem that lack of resources and scarcity of food would make people lose weight, the quality of food available is deficient in nutrients, and they usually deep-fry the food they consume. This creates a perfect scenario for obesity and malnourishment, and that is an even more concerning issue.

The average obesity problem in most countries in Central and Latin America is around 40 to 50%, and this is leading to a significant number of people who are suffering from cancer, hypertension and many other illnesses that are closely related to their weight problems.

The fight with obesity continues to claim many lives and cause serious expenses all over the world. The biggest problem with obesity is that it could be prevented in most cases with proper dietary habits and exercise, but most people don’t seem to find this to be a threat until they experience health issues and that is the main problem that we need to change.

Technology has allowed us to change our lives completely in many positive ways, but it has also made us very sedentary and inactive. We need to go back to the basics in certain aspects of our lives if we want to improve our health and get rid of the problem that obesity has become.

One solution to the rising obesity crisis is weight-loss surgery, which is proven to be successful nearly all patients. Weight loss surgery can help those suffering from obesity, get significant weight loss within six months. There are many different options when it comes to surgical weight loss, but the most recommended are the gastric sleeve procedure.

Bariatric Surgery has been proven to beat obesity through a multitude of different methods. Renew Bariatrics is one of the leading companies to offer affordable bariatric procedures in Tijuana, Mexico. Here is a list of bariatric surgery options available:

Obesity in Other Countries