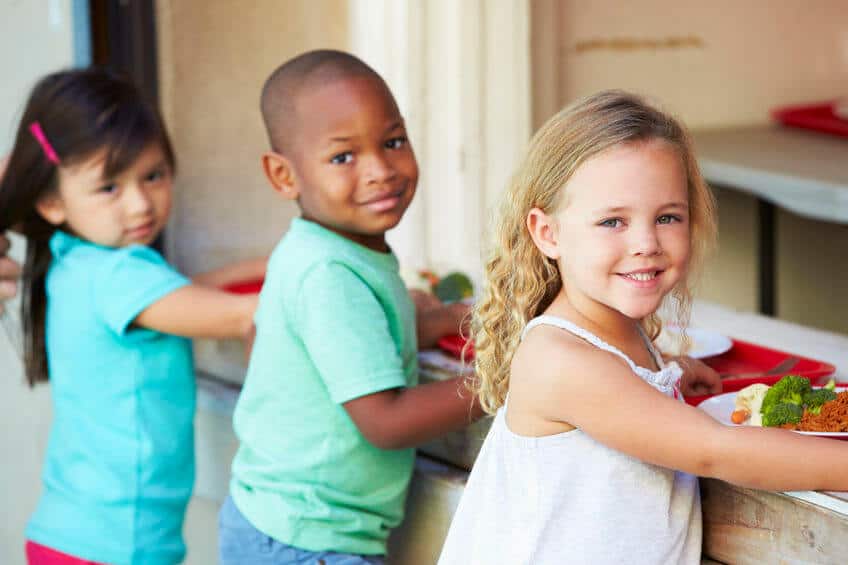 Trump’s Administration appointment to the Agriculture Secretary, Sonny Perdue, may have drastic consequences to children across the nation.

After only six days on the Job, Sonny Perdue stall’s Michelle Obama’s Fight Against Childhood Obesity

Michelle Obama’s has been fighting for stricter and tougher standards in the foods we feed our children’s school lunches and breakfasts, which now is more than 31 million children, since 2012.

Speaking at the Catoctin Elementary School, Perdue says we will be slowing the implementation of aggressive standards on sodium, whole grains, and sweetened milks that passed under the Obama administration.

“We know meals cannot be nutritious if they’re not consumed, if they’re thrown out…We have to balance sodium and whole grain content with palatability,” Perdue says to a group of 5th graders. 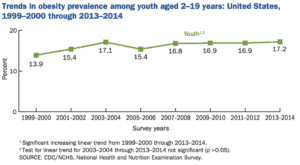 State of the Obesity Graphic

Childhood obesity rates have been particularly troubling for researchers as the obesity tends to stay with children into adulthood. But this new decision will, “…likely be cheered by conservatives, who have long cited the previous restrictions as examples of gross federal overreach. They were also welcomed by the School Nutrition Association, a powerful lobbying group which represents school food workers and administrators, and which has said schools need more time and flexibility to meet the stricter rules..,” according to the Washington Post.

This is this the second blow to Michelle Obama obesity initiative as the Trump’s administration ostensible shuts down the much loved, Let’s Move! program. 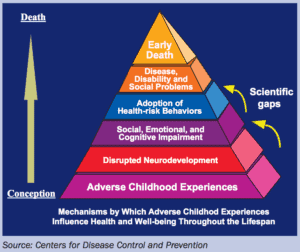 The goals of the initiative, which was implemented in 2012, was to help to reduce the amount of calories, trans-fats, sodium and refined grains in foods at school lunches and breakfasts. Today, school lunches may have up to 1,230 milligrams of sodium, which was set to drop to 640 milligrams to by 2020.

“We’re not unwinding or winding back any nutrition standards at all…” Perdue said. “We’re giving school food professionals the flexibility they need.”

Under Perdue’s announcement changes allow schools to delay and to make any changes in the total sodium amounts in meals until 2020. The Department of Agriculture will also continue granting waivers to schools allowing them to opt-out of a requirement to serve only whole-grain enriched foods. They will soon be permitted to serve chocolate and flavored milk, provided it’s reduced fat.

Centers for Disease Control and Prevention estimating that 1 in 6 children were obese in 2015, which is increasing, but slowing significantly.

One of the issues why many school administrators were opposed to the Let’s Move! initiatives, is that once the healthier foods were implemented, the schools experienced decreased revenues from their cafeterias. This revenue decline hurt their budgets and financial flexibility of the lunch program, which historically operated on slim budgets.

Many administrators and cafeteria workers also claimed that there was significant waste with the new, healthier food, because kids were opting to bring their own lunches, (and even their own salt shakers) or forgoing their lunch entirely.

A small number of schools opted out of the federal program, forfeiting federal funds so they could set their own menus. Many Republicans opposed the guidelines and pressed the USDA to temporarily waive requirements for some school districts. – Washington Post

Whole Grains and Especially Salt is the Key

Sodium is known to increase the risk of stroke, heart of failure, stomach cancer, kidney disease, and osteoporosis. It also linked to hypertension, which is linked to heart disease.

Under current lunch guidelines, high school students can eat as much as 1,420 milligrams of sodium in one meal — roughly 62 percent the CDC’s daily limit. One of the leading factors in why nearly 1 in 3 Americans will develop high blood pressure in their lifetime.

Another important point is that whole grains helps to stave off hunger and allow for children’s function better.

Children who eat whole grains are less likely to be overweight and tend to have better nutrient and fiber uptake than their classmates who eat refined grains. Despite that, one recent study found that fewer than one in 10 children eats the recommended amount of whole grains.

30% of Children have Greater Chance of Being Obese 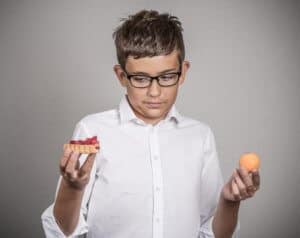 Are we teaching bad habits to our kids?

Why is this a major health policy failure and a return to normal obesity rates?

Adverse family experiences include divorce or separation; incarceration of a parent or guardian, living with anyone who was mentally ill, suicidal or severely depressed, living with anyone who had an alcohol or drug problem, witnessing any violence in the household, being the victim of violence or witnessing violence in the neighborhood, suffering racial discrimination; and having a caregiver who often found it hard to get by on the family’s income.

Furthermore, more than half of U.S. public school students live in poverty, which can contribute to toxic stress as well as to obesity.

So with normal sodium intake at schools and a further reluctance of healthy grains, children will once again be at risk for putting on the pounds and threatened with being burden by obesity for life. This has dire impacts for these children, who are just beginning to develop their eating habits and taste preferences.

This has dire impacts for these children, who are just beginning to develop their eating habits and taste preferences.

Children that are obese are likely to remain obese into adulthood, causing significant health and self-esteem issues.

“… there are numerous ways to make good nutrition look AND taste good! Just go to the grocery store and pick up some low-sodium vegetable juice. After you find that it tastes just as good as the regular version (and if you learn from dietitians that the added potassium actually helps to lower blood pressure), you begin to wonder why this can not be done to soups, pizza sauce, and several other foods available to children (and adults)….”